Building knowledge and movements across platforms

Knowledge takes many forms. It can be sung, spoken, embodied, drawn, captured on video, in still images, and beyond. Nobody understands this better than Urban Ed students. Through their work across platforms, communities, disciplines, and media, they push against traditional ways of doing and presenting scholarship, broadening their audiences, and building movements in education and beyond. See below to learn about just a few of Urban Ed’s multimedia makers. 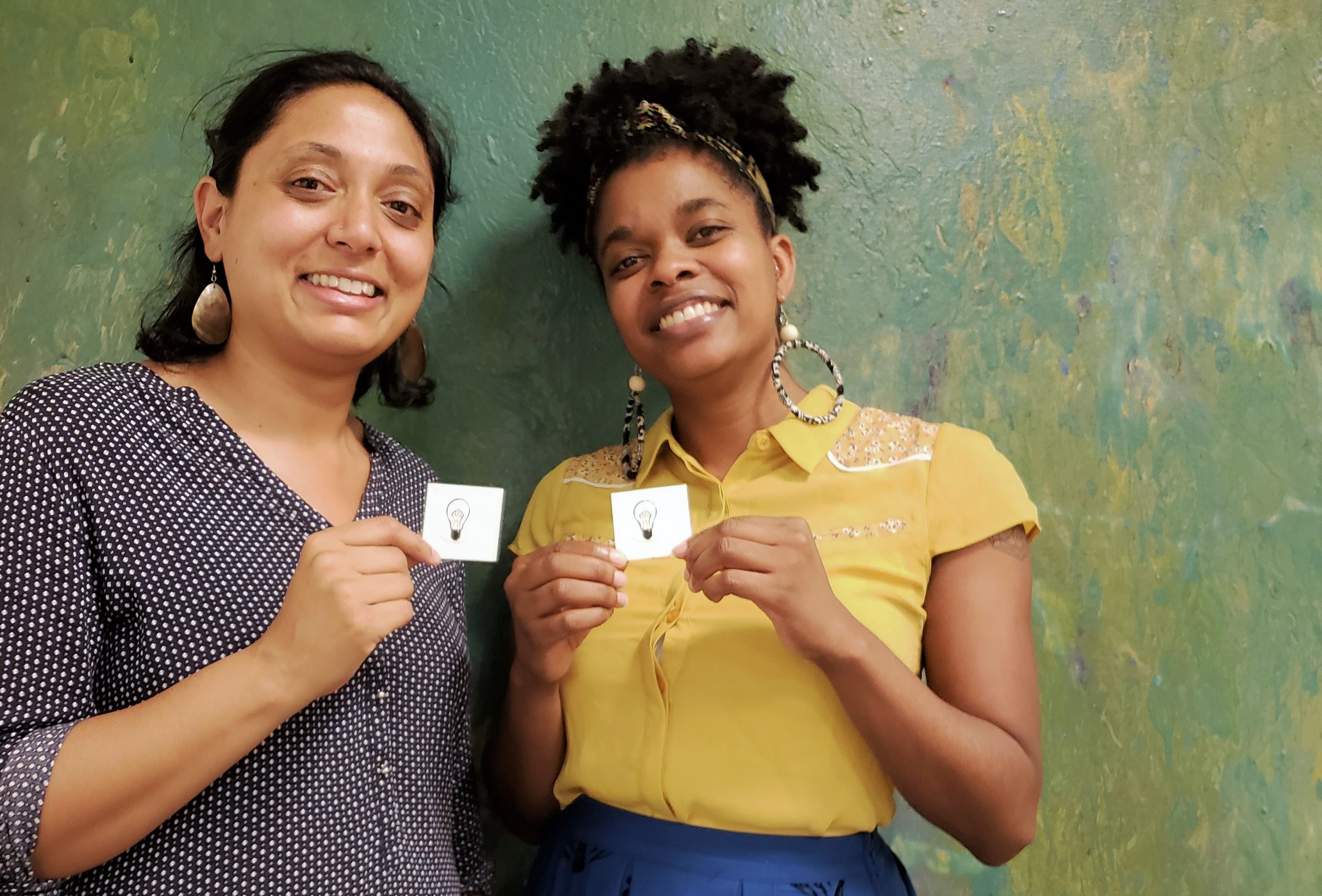 Atasi Das, C15, and LaToya Strong, C12, have hit the one year mark on their podcast, Abolition Science — “an anti-colonial project that envisions a science and math delinked from racial capitalism, imperialism, and oppression – a science and math that serves all people.” Season one explores the history and meanings of both abolition and science, and season two takes a deep dive into science in Palestine. By interviewing scholars, activists, students, educators, and artists, and sharing their favorite music, they aim to imagine and shape liberatory alternative math and science futures. Atasi says: “Thanks to all our Urban Ed followers for all the love, support, shares, and listens this year!” Available on Apple podcasts, Google Play, or wherever you get your podcasts!

While you’re at it, check out Color Theory Pod, another podcast produced by Urban ed students José Alfredo Menjivar, C12, Robert Robinson, C15, and Makeba Lavan of the English department. It’s all about being black, brown and queer in academia, and in life. 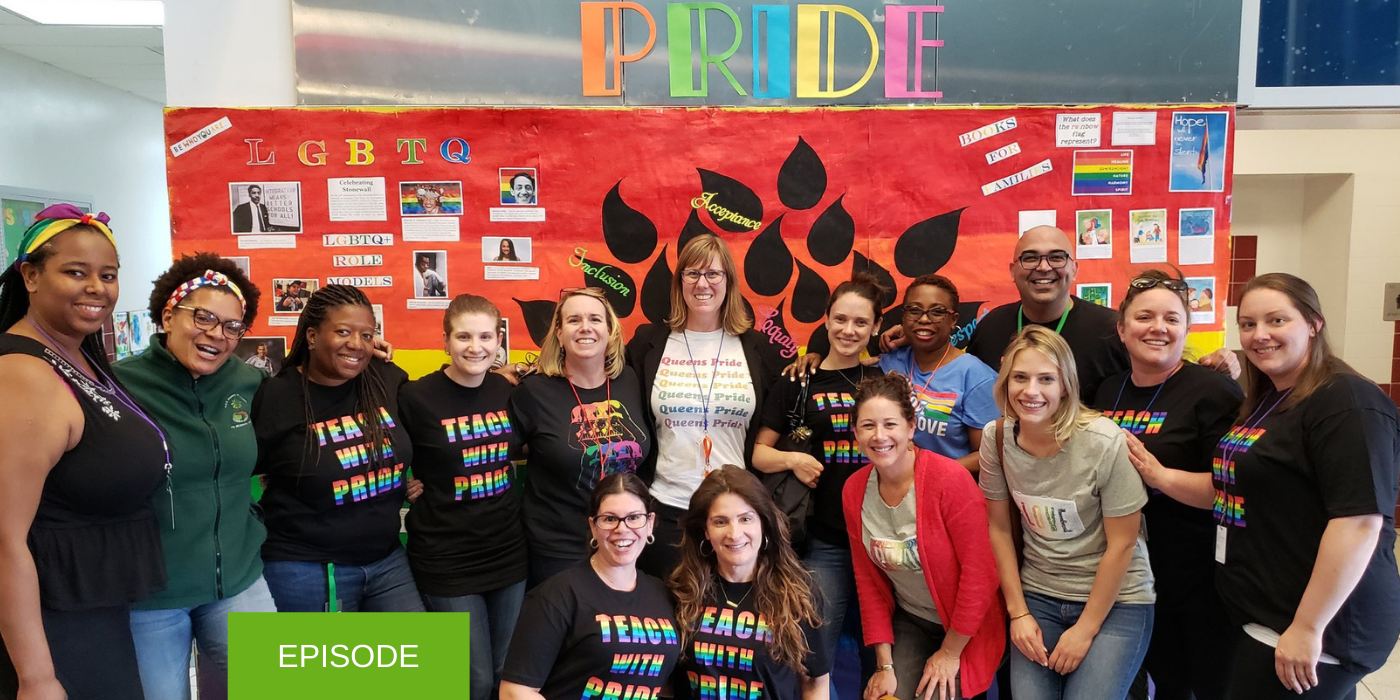 Speaking of podcasts, José Luis Jiménez, C17 (above, third from left), and Kym Vanderbilt, C17, were both interviewed for the Ethical Schools show this semester. They shared their expertise as school leaders and teacher educators. Jiménez, principal of A.C.E. Academy for Scholars, PS 290, in Queens shared a story about coming out to his students, telling the hosts of his episode, “you don’t check a part of yourself at the door,” and describing how he he encourages teachers to design culturally-responsive project-based curricula. Vanderbilt, a Lecturer and Professional Development Liaison in the Early Childhood/Childhood Department at CUNY/Lehman College, traced the complicated history of early childhood education, and described how she supports teacher candidates long after graduation. 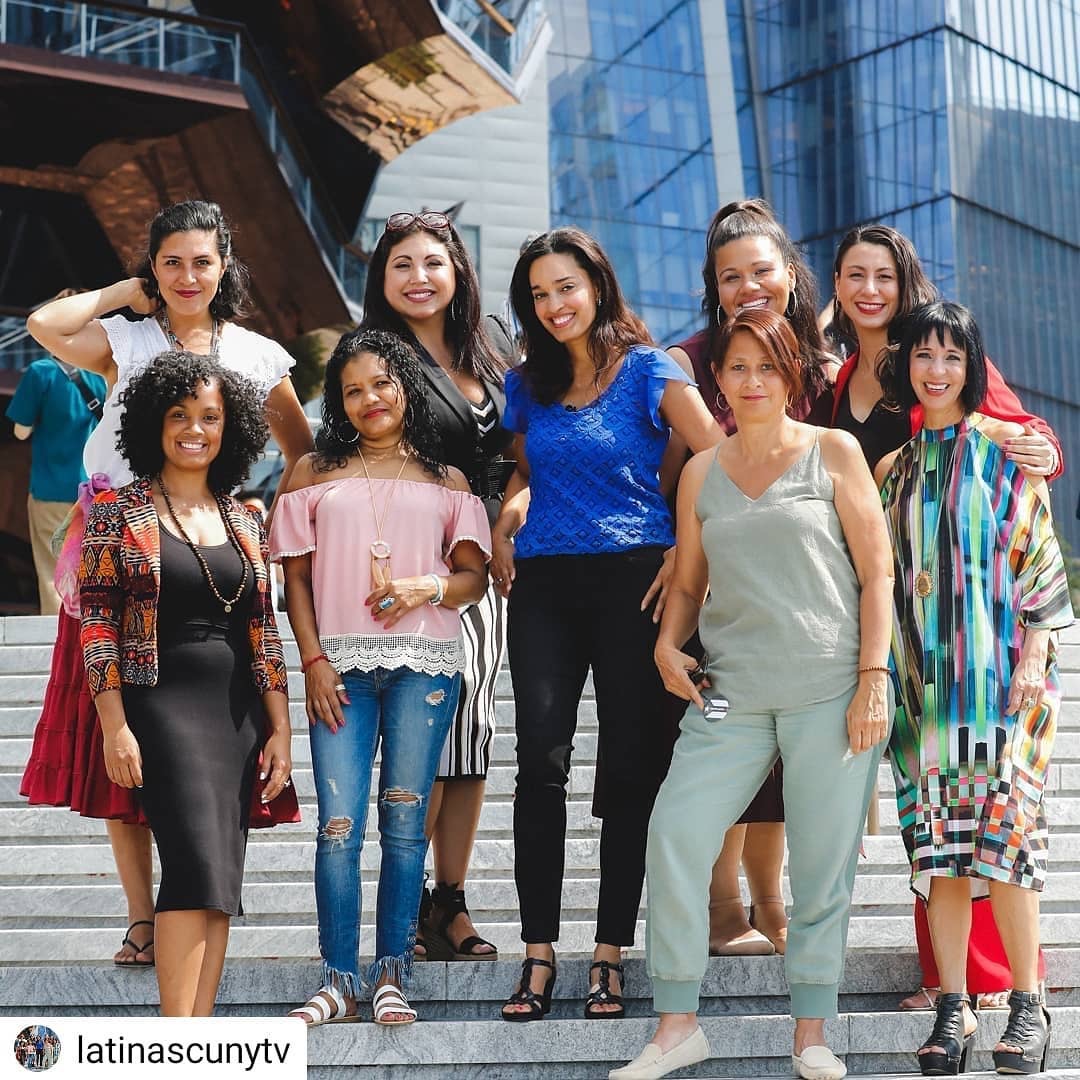 When she’s not in class or writing papers, Elena Romero, C19 (above, top row, second from left), is a TV correspondent for the new CUNY TV show, LATINAS, a monthly magazine show focusing on the lives and achievements of influential Latinas. In the premiere September episode, Romero debunked myths about Latinas and diabetes. In October, she featured Susan Jaramillo, the creator of the beloved award-winning bilingual sing-along book and Emmy-nominated animated television series Canticos (airs on Nick Jr.) This month learn the story and impact of La Borinqueña, the Boricua superhero created by graphic novelist Edgardo Miranda-Rodriguez. Be on the lookout for future segments on the experiences of Latina Muslims and PhD Latinas. Watch online or view the show on Ch. 75 (Spectrum and Optimum), Ch. 77 (RCN) and Ch. 30 (Verizon FIOS).

While attending the Urban Ed program, alumna Whitney Hollins discovered that there were very few books for children dealing with the topic of incarceration, and those that were out there “were either dark and gloomy, or unrealistic,” as she put it. So she wrote one. Her book, Anna’s Test, seeks to lessen the stigma surrounding incarceration by providing caregivers, educators, and others with a tool to spark conscious conversation. She developed it as a project in a course taught by Dr. Wendy Luttrell. Dr. Luttrell and Hollins’ classmates encouraged her to publish it. “Once I found a directly impacted artist to illustrate the book, I knew everything was coming together,” Hollins said. She self-published in June. “So far it has received a wonderful response, I am looking forward to writing more books about Anna in the future.”

This entry is licensed under a Creative Commons Attribution-NonCommercial-ShareAlike 4.0 International license.

Need help with the Commons? Visit our
help page Send us a message

Built with WordPress | Protected by Akismet | Powered by CUNY