They rep NYC and NYC public schools hard! They include activists, educators, researchers, dog-lovers and word nerds. Learn about the accomplished folks starting their PhD journeys together in 2019. 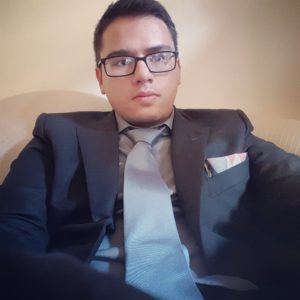 Jayson Castillo is a proud New York native of Salvadoran and Dominican descent. Driven by his experiences growing up in immigrant households, Jayson is passionate about the issues impacting the lives of young people from linguistically diverse communities and backgrounds. When not studying, Jayson can be found playing music, reading on the train, and running throughout different parts of New York City. 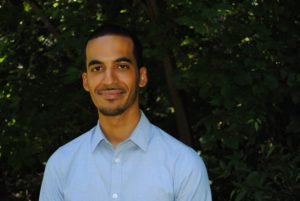 Christopher Colon was born and raised in Bushwick, Brooklyn and received a B.A. in sociology from The City College of New York. He has worked as a tenant organizer combating gentrification in neighborhoods throughout Brooklyn and continues to explore mediums like photography and film to bring awareness to issues affecting communities living on the margins. 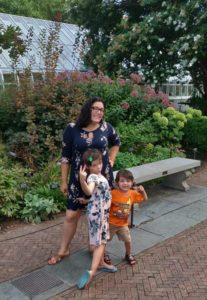 Meagan Hammerbacher was born and raised in New York City, East Harlem, and now lives in Greenpoint, Brooklyn. She has attended all NY public schools (#PublicSchoolProud), and was a sculpture major during Undergrad. She got her Master’s in Special Education, and has been teaching for the last 7 years! She teaches 8th grade, all subjects, in Washington Heights. She is a proud momma to two lovely little kids! 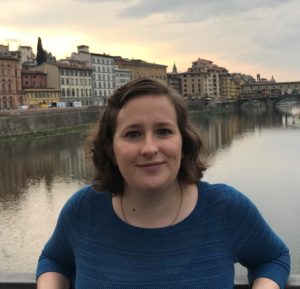 Lizzie Murchison is the Senior Research Associate for ExpandED Schools, a nonprofit that provides support services to afterschool providers throughout NYC. There, she manages a portfolio of evaluation projects related to elementary literacy, middle school STEM, and pre-service teacher training. Prior to joining ExpandED, she worked as a program evaluator for the Children’s Aid Society and as a communications manager for Global Kids. In addition to holding a Master’s degree in Public Administration from New York University and a bachelor’s degree from Boston University, Lizzie brings over ten years experience in the nonprofit sector and seven years experience working specifically with afterschool programs. She recently moved to Hastings-on-Hudson where she enjoys spending time outdoors with her husband Matt and daughter Ruby. 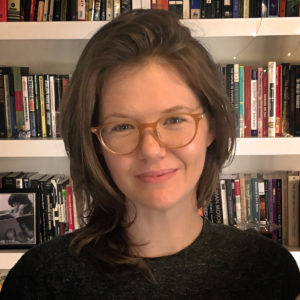 Brett Gardiner Murphy is a 9th grade global history teacher at Vanguard High School, one of 38 consortium schools in New York City. Brett is the editor of the book Inside Our Schools: Teachers on the Failure and Future of Education Reform, published by Harvard Education Press. She’s currently developing a curriculum about the Transatlantic Slave Trade and African Diaspora in Latin America, supported by a Fund For Teachers travel grant and a fellowship with New York University’s Center for Latin American and Caribbean Studies. When not writing lessons about social constructions of identity in history, you can find her walking her pit bull in Prospect Park. 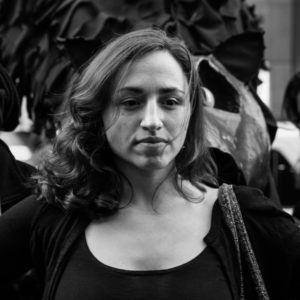 Lucy Robins is in her ninth year teaching chemistry at a public 6-12 school in Queens, New York.  She also facilitates professional development for other teachers at her school and at Math for America, serves as an instructional coach for Breakthrough New York, and organizes with the Justice for All Coalition.  She is a native New Yorker. 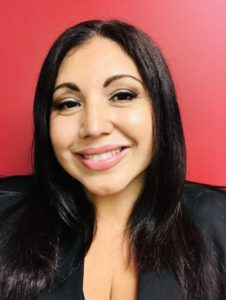 Elena Romero is Assistant Professor in the Marketing & Advertising Communications department at The Fashion Institute of Technology (FIT-SUNY). She teaches a myriad of undergraduate media courses including Intro to Journalism and Advertising and Promotion. Prior to joining FIT full-time, Ms. Romero served as Adjunct Assistant Professor in the Marketing & Advertising Communications department at FIT for 17 years. Concurrently, she worked as Academic Advisor, Communications Coordinator and Adjunct Assistant Professor at The City College of New York (CUNY) Division of Interdisciplinary Studies at the Center for Worker Education. For the past six years, Ms. Romero served as a member of the Community Education Council District 15 and most recently served as its Co-Vice President. Four out of those six years, she was a Brooklyn Borough President Appointee. Academia is her second career. Ms. Romero is an award-winning journalist for the past 25 years and has published in both consumer and trade publications including Women’s Wear Daily (WWD), Sportswear Internal and the New York Post. Her beats include fashion, TV and film, hip-hop, and Latinx culture. She is the author of Free Stylin’: How Hip Hop Changed the Fashion Industry (Praeger, 2012). Her fashion expertise can been seen on documentaries Fresh Dressed (2015) and The Remix: Hip Hop x Fashion (2019), which made its debut at the recent Tribeca Film Festival. Ms. Romero currently freelances for remezcla.com and LATINAS, a half-hour monthly magazine TV show debuting September 10 on CUNY-TV. She is also a member of the National Association of Hispanic Journalists (NAHJ). Ms. Romero is a 2017-2018 recipient of the SUNY Chancellor’s Award for Excellence in Adjunct Teaching. She is also the recipient of the 2011 Colin Powell Center for Policy Studies at The City College of New York’s Faculty Leadership Award for her instructional work in service learning. Her academic interests include Diversity, Inclusion & Equity as well as Leadership and Policy. Ms. Romero earned her B.A. in Journalism and Mass Communications and an M.S. in Publishing from New York University. She is of Puerto Rican ancestry and resides in Brooklyn with her three daughters. 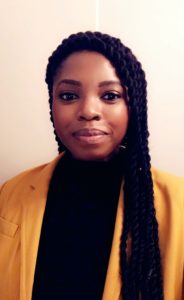 Fatima Sherif is a first-year Doctoral Student in the Urban Education- Policy and Leadership track at the CUNY Graduate Center. Prior to attending the Graduate Center Fatima received her Masters degree from Teachers College, Columbia University.  Her professional experiences working with preschools and higher education institutions have reinforced the notion of an opportunity gap which has contributed to her sense of urgency to be a catalyst of change. More specifically, she is interested in educational inequities, accountability standards, and how economic decisions impact outcomes. 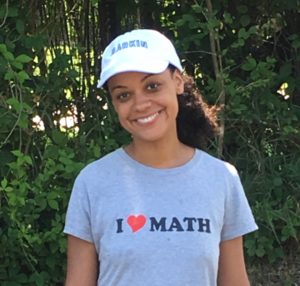 Kushya Sugarman is a middle school math teacher at a public school in Westchester. Prior to her current role, she taught fourth grade and tutored in NYC. A product of NYC public schools, she has a BA from City College, an MA from Hunter College and looks forward to completing her set with a PhD from the Graduate Center. She lives in the Bronx with her partner and hilarious two year old daughter. She dreams of owning a dog one day. 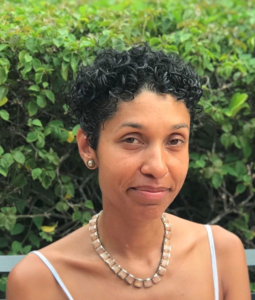 Mariatere Tapias was exposed to an alarmingly wide range of policies and practices as a student in the NYC public school system. Drawn to Wesleyan University’s commitment to the arts, social justice and diversity, she spent her undergraduate years working to understand the colonial experience in the Americas and teaching in summer enrichment programs. Shortly after graduating, she began teaching at a dual language public school in Brooklyn, where she experienced progressive education in action. She joined Bank Street College to gain a deeper understanding of this educational philosophy. In 2003, Mariatere joined Manhattan Country School as a language, culture and textiles teacher, examining issues of wellness, equity, agency, and justice. She is committed to organic farming practices, textile arts, yoga, and educations that move us towards a more sustainable, just and loving society. 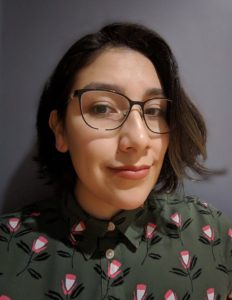 Jessica Velez  is a dual language teacher who grew up in Bushwick. She has been a teacher both abroad and in the US, and is a strong advocate of student-centered curriculum and the use of multiple languages in students’ academic and social lives. Her undergraduate and postgraduate studies at Brooklyn College gave her the background she needed to be a teacher. She received her MA in English Education from Teachers College, where it became clearer to her that public education in NYC is deeply segregated. She has worked in East New York and Cypress Hills since then, where she was able to further understand the systematic issues in education. This is also where she got to work with parents, students, and community leaders to rise together as a community, which has been life-changing and where she hopes to continue to contribute as she works on her doctorate. If she is not tweaking curriculum and reading, she is probably hiking at least 3hrs away in an effort to leave the city. 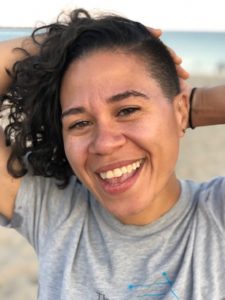 Consummate word nerd and passionate language arts educator, Lydia Villaronga has spent the last four years working in a variety of out-of-school contexts teaching critical reading, critical writing, grammar, and fiction writing. Their commitment to public education is embodied most deeply by their dedication to the CUNY system. Before arriving at The Graduate Center, Lydia received a B.A. from John Jay College where they majored in Culture and Deviance Studies and an M.A. in Youth Studies from the School of Professional Studies. When Lydia is not in the classroom, you’re most likely to find them with their dog in Fort Tryon Park and their head in the clouds.

Need help with the Commons? Visit our
help page Send us a message

Built with WordPress | Protected by Akismet | Powered by CUNY